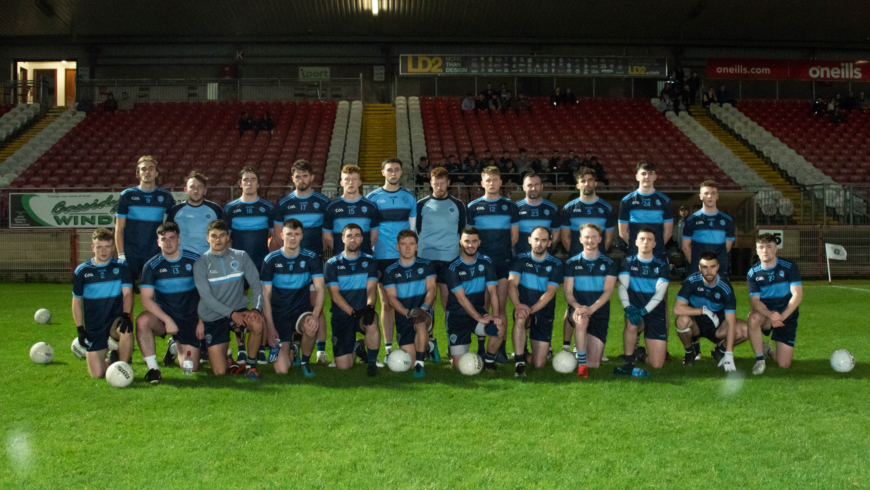 Killyclogher defeated Donaghmore in Healy Park this evening, Thursday, in the opening round of the Tyrone Senior Football Championship on a score-line of Killyclogher 1-10 Donaghmore 1-09.

Mark Hayes and Mark Bradley scored opening points but Donaghmore levelled on 7 minutes. A Conall McCann marked point put us back in the lead but once again Donaghmore replied.

Donaghmore then took the lead for the first time after 14 minutes but Conall McCann replied to restore parity, and this pattern repeated itself after to leave the game 0-05 each after 17 minutes.

Donaghmore were awarded a penalty after 20 minutes which Oran Grimes was very unlucky not to keep out.

Remarkably, there was only to be one more score in the first half (12 minutes later) – a Mark Bradley goal from a Tiernán McCann pass on the stroke of half-time.

An Oran Grimes ’45 and a Tiernán McCann free put us two points ahead 10 minutes into the second half, but Donaghmore replied to level things again.

Mark Bradley then popped over a free and a point from play – the free, a kick of beauty from distance off the outside of the boot just under the stand. Killyclogher were two up again 21 minutes into the second half.

Donaghmore brought the margin back to the minimum on 25 minutes but Mark Hayes replied with a point on 26 minutes and was unlucky not to get a goal.

Donaghmore scored the last point of the game on 34 minutes but the final whistle blew straight after to give Killyclogher the one-point win.

Next up is the winners of Trillick v Galbally. 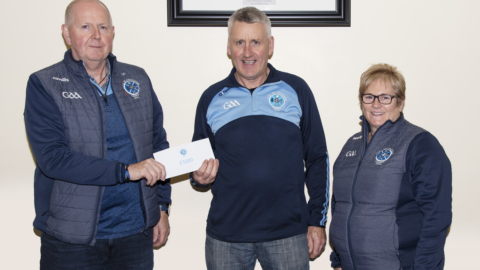 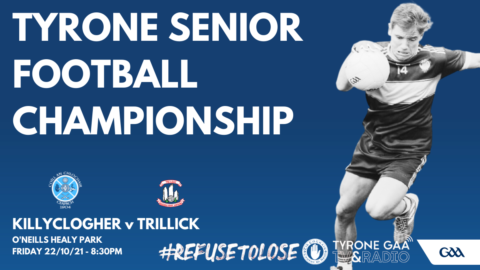 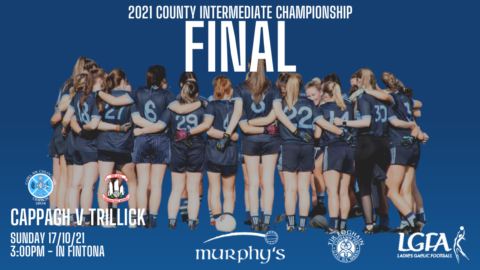