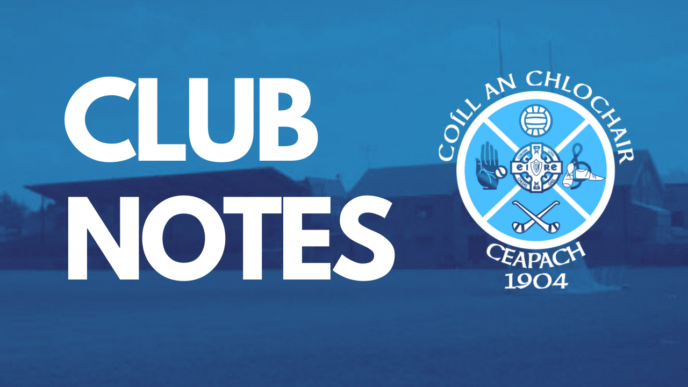 Winning numbers in the Lottsodoo were 9, 14, 16, 26, 27 and Charlie McGinn won £100. The jackpot stands at £5,000 for next week’s draw which will be made on Monday evening. Don’t forget that club lotto can now be played online on Klubfunder.

The record book will show that the Tyrone division 1 league final was won by us last Saturday but in reality, this final was won ten minutes after the agonising defeat in the championship penalty shoot-out when the players and management team formed a circle and pledged to make a big effort to win the league title. They followed this up with a full panel of reserve and senior players attending the next training session. That was the spirit that saw us through the extra time on Saturday last. This time the penalty shoot-out went in our favour.

In light of the current COVID restrictions we are still awaiting details of all remaining outstanding youth fixtures, boys and girls.

The new club jackets and handball kits can be ordered and paid for tomorrow night, Thursday, between 7:00 and 8:00pm. This is the final night for ordering. Further details from Mary Meenan or Brenda Kerr.

Sincere sympathy to the family circle of the late Rory Bradley. The large turn-out at the funeral on Tuesday was indicative of the respect that people have for the family. 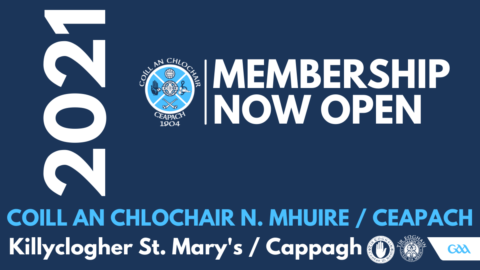